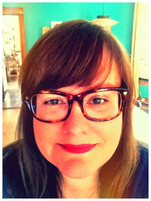 LARA RAMSEY has extensive experience working with municipalities in Illinois on survey and National Register projects and has also worked with numerous homeowners seeking certification for the State of Illinois' Property Tax Assessment Freeze Program for historic properties. In her 10 years with Granacki Historic Consultants, Lara has been the principal surveyor and project coordinator for 24 architectural resource surveys, most of which were funded through the CLG grant program. She has also completed National Register Nominations for a number of residential and commercial historic districts in Illinois. Her strong research and writing skills, as well as her experience in documenting and analyzing residential architecture in suburban Chicagoland, are an asset to the firm.

Prior to joining Granacki Historic Consultants in 2004, Lara was a preservation consultant who worked on a variety of projects in the Chicago area. She co-wrote National Register nominations for the Palmolive Building (919 N. Michigan Avenue), the William H Reid House (2013 S. Prairie), and the Medical and Dental Arts Building (185 N. Wabash) in Chicago, all with Baldwin Historic Properties. From 2001 to 2004, she acted as consultant to the Charlotte-Mecklenburg Historic Landmarks Commission in Charlotte, North Carolina, preparing survey and research reports on local properties and making recommendations on landmark eligibility. She was responsible for a survey of the African American resources in North Carolina which included a wide variety of vernacular housing types. This work included physical descriptions of all properties and a summary report with a short history and analysis of the significance of the resources found.

Lara holds a BA in Psychology from the University of North Carolina at Chapel Hill, and an MS in Historic Preservation from the School of the Art Institute of Chicago. She meets the Secretary of the Interior’s professional qualification standards in the field of architectural history as outlined in the Federal Register. 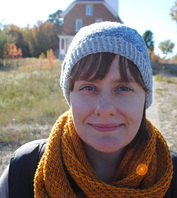 Prior to joining MHA, Emily served as Project Director and Assistant Director for the Historic Chicago Bungalow Association (HCBA), a City of Chicago initiative dedicated to preserving the city’s unique housing stock. Between 2003 and 2007, Emily directed an HCBA program that provided technical assistance to communities seeking to list their neighborhoods in the National Register and administered financial incentive programs providing grants to homeowners completing energy efficient improvements. As part of this program, she worked with bungalow owners in communities across the city to compile research for their communities and authored National Register nominations for six bungalow historic districts in Chicago, the largest of which contained nearly 800 properties.

Emily has given presentations on researching and evaluating historic properties to community groups in Chicago and St. Paul, has presented as part of the Chicago Architecture Foundation’s Lunchtime Lecture Series, and served on a panel for preserving distinctive housing stock at the National Trust for Historic Preservation annual conference in 2007. Emily has taught Archival Documentation for the School of the Art Institute of Chicago’s Historic Preservation Graduate Program, which teaches students how to prepare National Register nominations, and has served as a guest lecturer at SAIC. She is also a member of Landmarks Illinois’ Easement Committee, which reviews preservation easement applications and proposed rehabilitation plans for properties throughout the state.

Emily holds a BA degree in History with a minor in American Studies from the University of North Carolina-Charlotte and an MS degree in Historic Preservation from the School of the Art Institute of Chicago. She meets the Secretary of the Interior’s professional qualification standards in the field of architectural history as outlined in the Federal Register.

VICTORIA GRANACKI, AICP  is a senior affiliate of Ramsey Historic Consultants. Vicki has over 30 years of experience in master planning, urban design, and historic preservation activities in both Chicago and its surrounding suburban communities. She was founder and principal of Granacki Historic Consultants, a Chicago-based consulting firm that provided a variety of historic preservation services for local governments and private property owners. She was responsible for management, administration, and sales at the firm, supervising and participating in specific preservation projects, particularly architectural evaluation and writing, and presenting to local preservation commission and neighborhood associations. Through the preparation of National Register and local landmark nominations, followed by Certified Historic Rehabilitation applications, she secured federal income tax credits and local property tax reductions for owners of landmark properties. Historic resource surveys for 50 northeastern Illinois municipalities have been conducted under her direction, with a number of them listed as historic districts on the National Register. 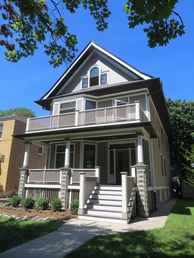 With a hands-on approach to historic preservation, Vicki has undertaken the rehabilitation of four historic properties---an 18,000 sf commercial storefront building at 1105 W. Chicago Avenue designed in 1886 by Frederick Ahlschlager; the conversion of a 1905 greystone two-flat in Chicago's Lakeview neighborhood into a single-family home; the cosmetic rehab of a greystone three-flat on the same street; and the recent complete restoration of a 1910 frame three-flat that has been in the Granacki family since 1953. Vicki continues to actively manage all four properties.

Vicki has taught Introduction to Historic Preservation at Northwestern University School of Continuing Studies, and has been a guest lecturer for the Historic Preservation graduate program at the School of the Art Institute of Chicago. She has given presentations on various topics at the Illinois Statewide Preservation Conference, the Illinois Historic Sites Advisory Council, Landmarks Illinois, Preservation Chicago, and for many Chicago neighborhood organizations and suburban communities. She holds a BA in Art from Mundelein College (of Loyola University) in Chicago, and an MS in Urban Planning from the University of Wisconsin in Madison, WI. She has been a member of the American Institute of Certified Planners (AICP) since 1982, is a member of the Lambda Alpha Land Economics Society, and is on the Board of Directors of the Polish Museum of America.